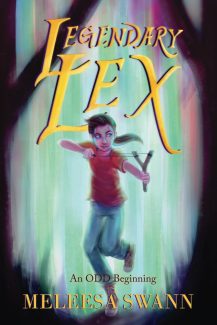 Twelve-year-old Alexis Walker has enough issues being one of the few girls in school who refused to become a boy-crazy, lipstick queen. The last thing she needs is to find out she’s also a freak who can see creatures that belong in fairy tales. When a four-hundred year old leprechaun shows up and says she’s supposed to risk her life protecting these legendary beings, she’s ready to break down and let her mom call in the shrink.

When Lex sets off on her first mission—to find a missing Satyrus—she finds herself in the middle of a dangerous hunt, and the hunter is someone who has known Lex since she was in diapers.

Legendary Lex: An ODD Beginning can be found at The Haunted Book Shop, Amazon, and Amazon Kindle Unlimited. 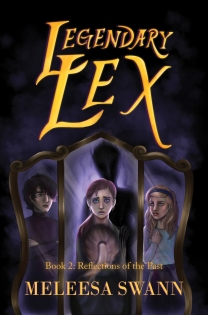 For six months, Alexis Walker has traveled all over the Southeast protecting drycons, magical creatures that gave birth to our myths and legends. When a thirteen-year-old girl is murdered in Lex’s hometown, the drycon Directorate believes the threat is too great for Lex to face alone. As if having a lethal monster on her home turf isn’t bad enough, Lex’s house is invaded by an egotistical drycon Defender from Germany who has a personal grudge against the drycon they must face. Lex must eliminate the latest drycon threat, NOT kill her new partner, and protect her secret identity from everyone she knows.

Haley Gales used to be best friends with Lex Walker. And she thought those days would last forever. That all changed when her father rose to power. Out of love for him, Haley embraced a lifestyle that eventually made her lose everyone she cared about. Last fall, her father crossed a line and showed Haley a chilling side of him she never could have imagined. Frustrated with the secrets filling her world, Haley is determined to learn more about the man who used to be a source of light and what made him change into the nightmare she witnessed six months ago.

Legendary Lex: Reflections of the Past can be found at The Haunted Bookshop in Mobile, Alabama and on Amazon.